Why Choose a “Word of the Year” for Your Small Business?

Do you pick a “word of the year” each year? Have you ever heard of that before? It’s been about four years since I first heard and adopted the idea of choosing a word for the year to set my intentions and remain focused.

Looking back, I’m not sure I could even tell you my word for that first year. I must not have fully bought into the idea. I can’t find it written down in a past journal or planner; I clearly didn’t give it a lot of attention. The second year my word was “accomplish.” I know this because it was written down often for both intention and reflection. And when I was asked if I had to describe that year in one word, it was easy; that year was “accomplished.”

A lot of things that year were accomplished. I set goals and intentions and worked toward them, getting a lot of tasks, ideas, and projects checked off my list. That was also the year I learned that accomplishing something and “finishing everything I start” were two totally different things and the latter goal was actually detrimental to my overall progress. (As promised earlier, more on that later.)

If you own a small business or are launching your own startup, I’m willing to guess you’ve been given the advice to “be consistent” over and over again, some might even say consistently. On her podcast, Happier, Gretchen Rubin can often be heard repeating, “What you do every day matters more than what you do once in a while.” If that’s news to you, check out her blog post about it here.

Boiled down, what is Gretchen suggesting that really matters? Yep, consistency. And thus, last year, my word of the year was “consistent.”

How a Word of the Year Helps with Goals

How does choosing a word of the year help us reach our goals though? It can be pretty tricky to measure how accomplished or consistent you are. Somehow one word can be both very specific and very vague. What are you going to accomplish and what does it really mean to accomplish something? Must it be done to 100% completion? Or is starting the project alone an accomplishment in itself? What does consistency look? Is it doing the exact same thing, everyday? Or is it consistently making an effort even if that involves a different task every time?

Reflecting on last year, I was trying to rate myself on how consistent I was. In my business, was I consistent? In my parenting, was I consistent? Yes and no. But what it came down to was that I didn’t set up enough parameters to decide, in my own mind, for my own goals, what consistency looked like in my business or in my personal life.

I never decided what consistency looked like to me, for success. For example, was it my goal to show up consistently on Social Media by actively posting every single day? Or did scheduling it out once a week, as long as there was a post every day count as being consistent?

In reality what happened was a combination of those two things, and of course, missing some says as well. And in truth, the way it worked out just didn’t feel consistent at all.

In general, one week I would post to various social media platforms each day. The next week, I’d schedule the whole week out in one day and only pop on during the week for engagement. The end result would still look the same to the outside world, but inside it didn’t feel like I was following my intention. To me, it needed to be planned out. One day each week, I need to spend a couple hours planning and scheduling out that week for social media across all my platforms. I should do that each week to be consistent. That would still include leaving some days open so I could post organically as things tend to come over of the week to share and discuss.

All this to say, you have to define what feels right for you and make sure you’re aligning that feeling with your desired end result, too. Selecting a “word of the year” gives you a form of freedom that a more specific goal may not, but it also encourages you to focus on where you want to end up. As your working your way through this new year, take the time to ask yourself, “Am I feeling (your word here)?” and you’ll be able to measure your goal by how you answer that question. Don’t let any outside influence affect you answer.

As a side note: Posting to social media at least once a day is advice that I see given regularly as “best practice.” I don’t actually believe that posting to social media every day is the key to being consistent and successful when marketing for small business. Providing your audience with useful and enjoyable content that can enrich their lives in even a small way (like a smile) should be the goal. Posting something every day just because everybody else is doing it, is a surefire way to end up being overlooked when you really do have an important message to share. It’s a good reminder that we still have to be a little flexible in our goals and intentions and there is no one right formula out there when it comes to social media or any marketing strategy for that matter.

Now as we embark on a fresh new year journey, I’ve chosen a fresh new word. This year for me it’s all about “growth.” It’s growth as defined by continuing professional development, growth as in expanding my business, and it’s growth as an individual as I continue to push myself outside of my comfort zone. (If you haven’t chosen your one thing you’re going to commit to doing this year yet, watch this video and let me know in the comments once you’ve decided!)

Inspiration for Choosing Your Word of the Year

Hearing other people’s words for the year can be so inspiring. My friends have shared some of their words with me:

Don’t those just give you goosebumps? I’d love if you would share your word in the comments below, too!

I’m here to educate entrepreneurs on bootstrapping techniques that will help you invest your time and your money wisely. Sign up for the weekly newsletter to stay up-to-date with the latest blog posts.

Thank you for signing up!

Don’t forget to ask me your specific marketing questions. I can’t wait to watch you grow your small business! 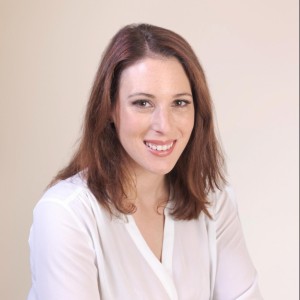 Think you’re ready for a website? Download this workbook designed to help you plan your website pages. As you map out your site, this will help you determine if you have everything you need to get started.

Create Your Course Videos in Zoom

Revealing the Secret Weapon in my Small Business Toolkit

As a small business owner, you’ve got a lot on your plate. There’s a lot of information out there, but how do you know the best, most cost effective tools or methods to follow? I’m here to deliver tried and true techniques and proven tools that will help you invest your time and your money wisely. Sign up for my weekly emails so you don’t miss out.​

Create Your Course Videos in Zoom

You’re ready to start recording your course videos, but you’re not quite sure how to get started. It’s helpful to use a tool you’re already

It’s widely known that Apple’s founder, Steve Jobs, had a signature style, or uniform if you will, of a black turtleneck and jeans. While Jobs definitely considered it as part of his branding, he also chose to sport that black turtleneck as a way eliminate the need for deciding what to wear every day.

Revealing the Secret Weapon in my Small Business Toolkit

The Small Business Toolkit needs to be full of economical and efficient resources. As a small business owner, if you make an investment of time

What tools do I need to build my business? That answer, of course, will vary depending on your type of business, the size or your

Get the replay of my
Email Marketing Masterclass